5 Terrible Illnesses that Water can Prevent and Heal 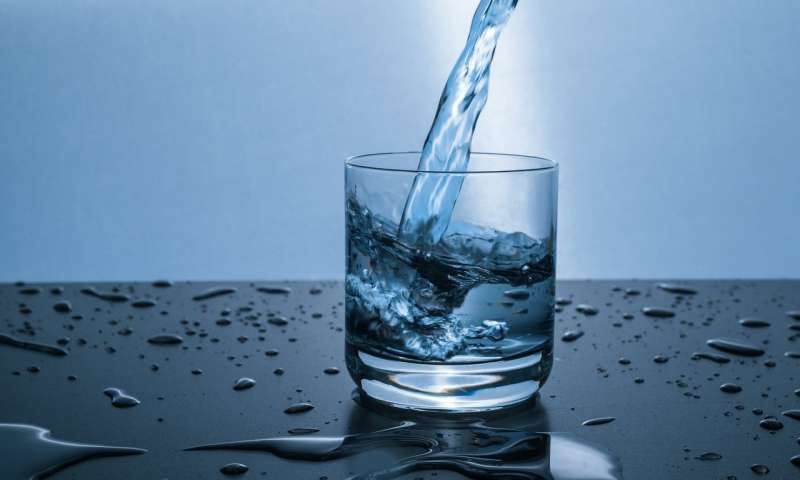 Water is a universal solvent and a building block of life and also a cause of several diseases. But do you know that some illness and medical condition can be prevented and healed just by drinking water?

In this article, we would look closely at 5 terrible illnesses that water can prevent and heal.

Taking water is essential for the human body since around 70% of the human body is composed of water and there is need for more water to be taken each day. There is no specific amount or glasses that should be consumed but health experts have come to an agreement that a minimum of eight 8-ounce glasses, should be taken.

Some people can drink three time as much as this in twelve hours and some might not finish the eight glasses in two days. Our water requirements differs from each other but it is essential to meet up with that requirement.

Many at times, we overlook water when we are looking for a source of refreshment, however, water should also be considered. Revealing the importance and usefulness of water would be discussed clearly in this article.

Hypertension is a medical condition in which the pressure of the blood in the arteries is elevated to a level that they affect normal blood function. Water is a major component of the blood and the availability of water plays an important role physiologically  and concerning blood pressure.

Hypertension is a disease that affect a wide range of people irrespective of age, sex and race and the effect of the disease can be reduced or prevented just by drinking water.

It might sound surprising but it is true indeed. When the amount of water in the blood is adequate, the pressure the blood has against the wall of the arteries reduces. This is the desire of every hypertensive patient and this can be achieved just by drinking the water lying in our fridge ignored totally.

Taking adequate water would bring a significant reduction for those having blood pressure and for those who are not suffering from the disease, the possibility of having the disease gets reduced. However, it is important not to overdo it also as it has its effect.

If you are suffering from any kind of urinary infections then this is exactly for you. A lot of infections and abnormalities occurs in the urinary tract, which consist mainly of the bladder, urethra and kidney.  You would be surprised at how water could take away or reduce the pain you have come to accept as a close companion.

By drinking adequate water regularly, the work of the kidney in balancing the  level of the fluids in the body is made so much easier and simpler. The kidney is a major player in regulating the salt to water ratio and when there is inadequate water in the body, it suffers from it.

The occurrence of kidney stones can be prevented by drinking water. Surprised right? Yes it is true indeed, as a result of the fact that the kidney stones are caused by the deposit of salts and minerals which is caused by high concentration of urine.

The stones accumulate in the kidney, preventing it from doing it’s job well which would result into several other infection also.

Why not just take water regularly to reduce the occurrence of this disease to almost zero? Drinking water also helps remove the already formed stones in the kidney away, though pain medication might be required (just for the pain). Future re-occurrence is also prevented by drinking adequate water.

If you are suffering from arthritis and you think that you have to resign to a life of medication, I can categorically tell you that this is wrong. By taking enough water, the extremity of your condition will be reducing, significantly.

Suffering from high concentration of sugar in your blood? Water do wonders. Water acts as a solution in high blood sugar as well as an effective means of prevention.

Vasopressin is an hormone that regulates the amount of water in your blood and when there is dehydration, this hormone is produced in abundance by the pituitary gland, telling the kidney to retain water. The production of this hormone in the bloodstream has its effect on the blood sugar. This hormone leads to an increase in blood sugar which can be detrimental for diabetic patients.

Also, the liver respond to the abundance of this hormone and glucose is reduced into the bloodstream raising the blood sugar, and the only way to avoid this is to take adequate water. Furthermore, water helps the kidney in flushing out the excess glucose that is present in the blood through the urine and thus, water can prevent the occurrence of high blood sugar for those not suffering from diabetes and for diabetic patients, it decrease the amount of glucose in the blood by taking them to the kidney where they are easily excreted.

Water helps in preventing and relieving the pains and symptoms brought by a majority of gastrointestinal disorders.

Some of the gastrointestinal disorders are:

This is an accumulation of syndrome that occurs once and affect the intestines. Increasing your fibre intake is one of the ways to relieve the symptoms of the syndrome but this can also lead to constipation.

You are wondering how, right?

Fibers are water loving and draw water from the body. If there is inadequate water in the body it can result to constipation and to prevent a case of both irritable bowel syndrome, it is very important that you take enough water.

This results in a loss of a substantial amount of the body fluids and salts and if not replaced quickly, it can lead to dehydration which when it get severe, it can result to death. Thus the relationship between diarrhea and water is not to be underestimated as it is a matter of life and death.

Drinking a clean and healthy water is important because drinking any kind of water can result into illness and diseases of various form caused by the microorganism living in water. Hence, the more important it is to ensure that the water you would drink is healthy and safe for consumption.

With this article, the importance of taking adequate water has been emphasized but you have to take the step for yourself. If you have a busy schedule that occupies your time then you might have to carry a water bottle around or put it in a convenient place that would come within your eyesight when you are engrossed in work. Preventing diseases by drinking a few cups of water a day is far better than spending thousands on treating the illness.